A popular crypto trader and analyst thinks Ethereum (ETH) and Chainlink (LINK) are due for another run towards new all-time highs.

The crypto trader known as Pentoshi tells his 270,500 Twitter followers that the smart contract platform Ethereum (ETH) is looking bullish on both the USD and BTC pairing after breaking downwards resistance.

There is absolutely nothing bearish about any of these charts on any pairs. But especially the $BTC pair” 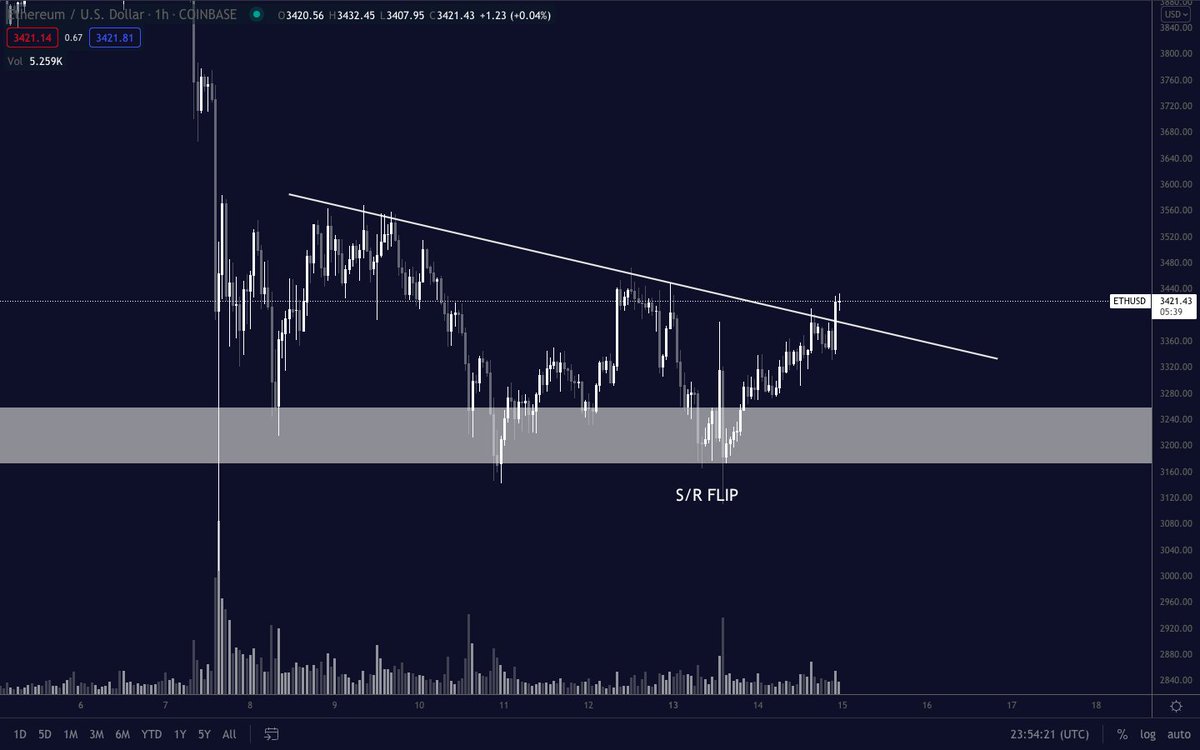 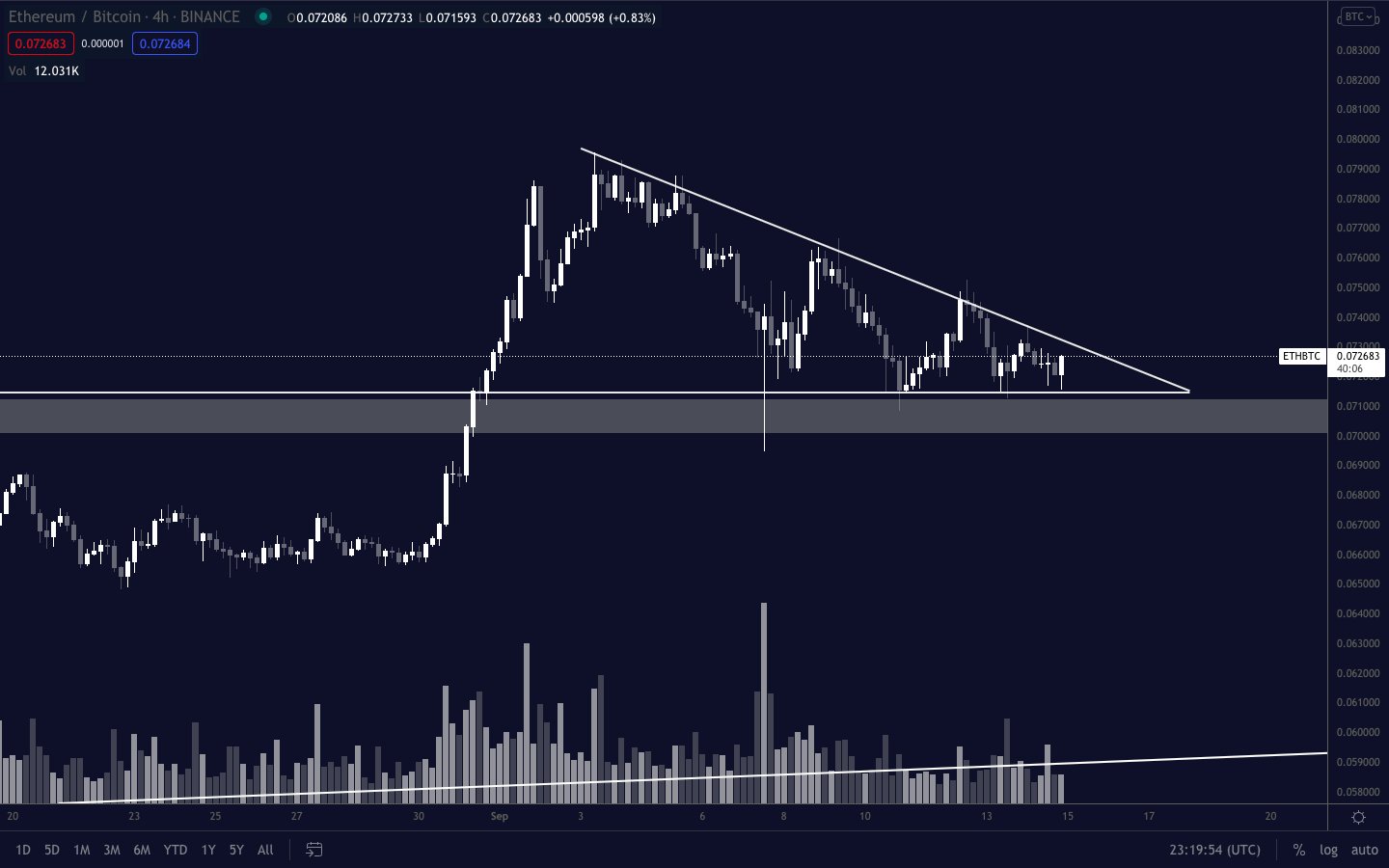 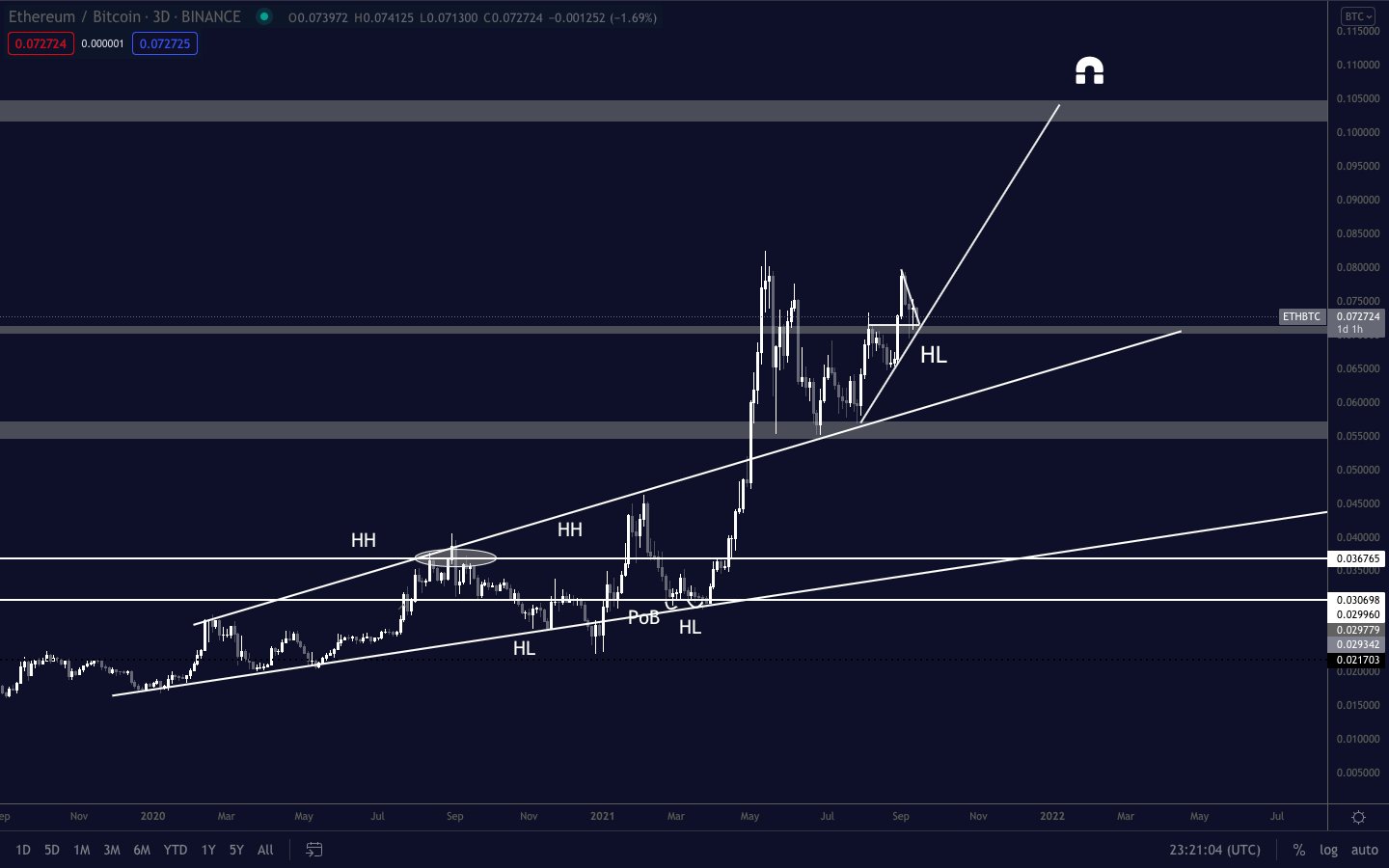 Looking at the decentralized oracle network Chainlink, Pentoshi is anticipating a run to $32 after forming a triple bottom on the charts.

At [lower time frame] resistance. Looks like $32 next. Good volume coming in off triple bottom and a nice inefficiency to fill 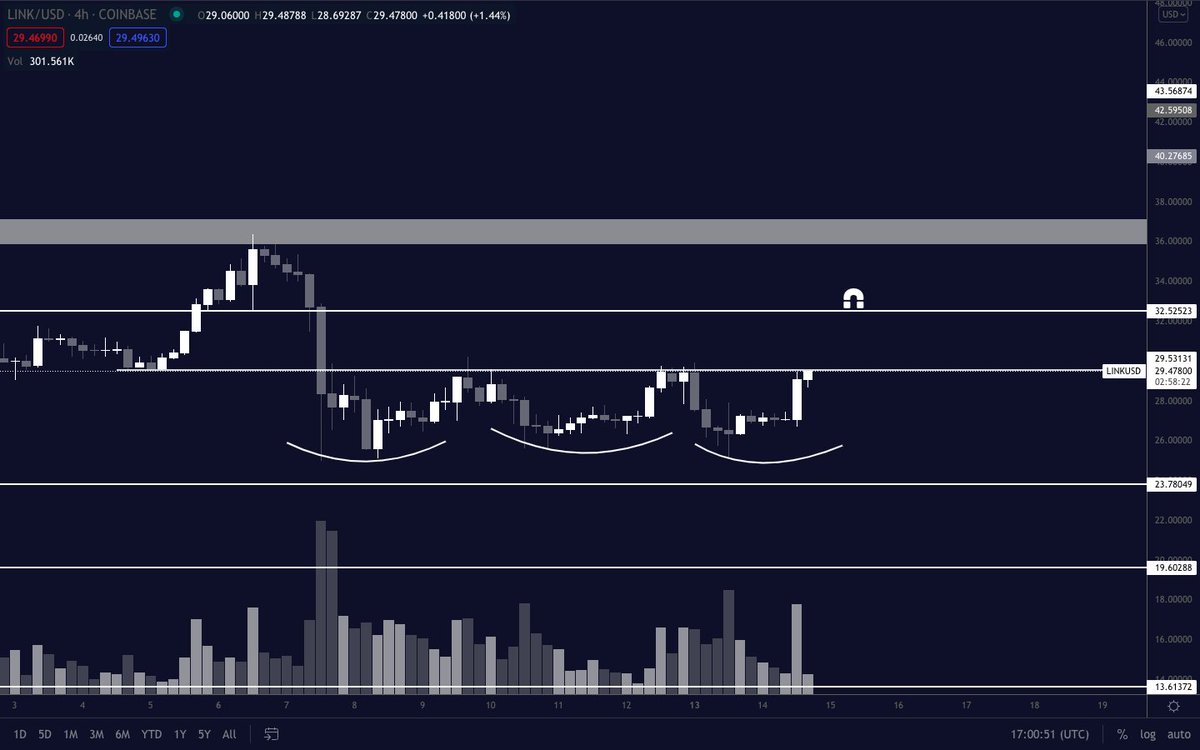 Stacked up against Bitcoin, he notes that the oracle token looks to have reached a bottom and is forming higher highs against the top crypto asset. He’s anticipating LINK to make a run to the 0.0011952 ($57.60) BTC level.

The weekly is screaming bottomed and forming a quick succession of [higher high + lower low] now the past months. Markets love symmetry so I believe the right side will match the left mostly in time” 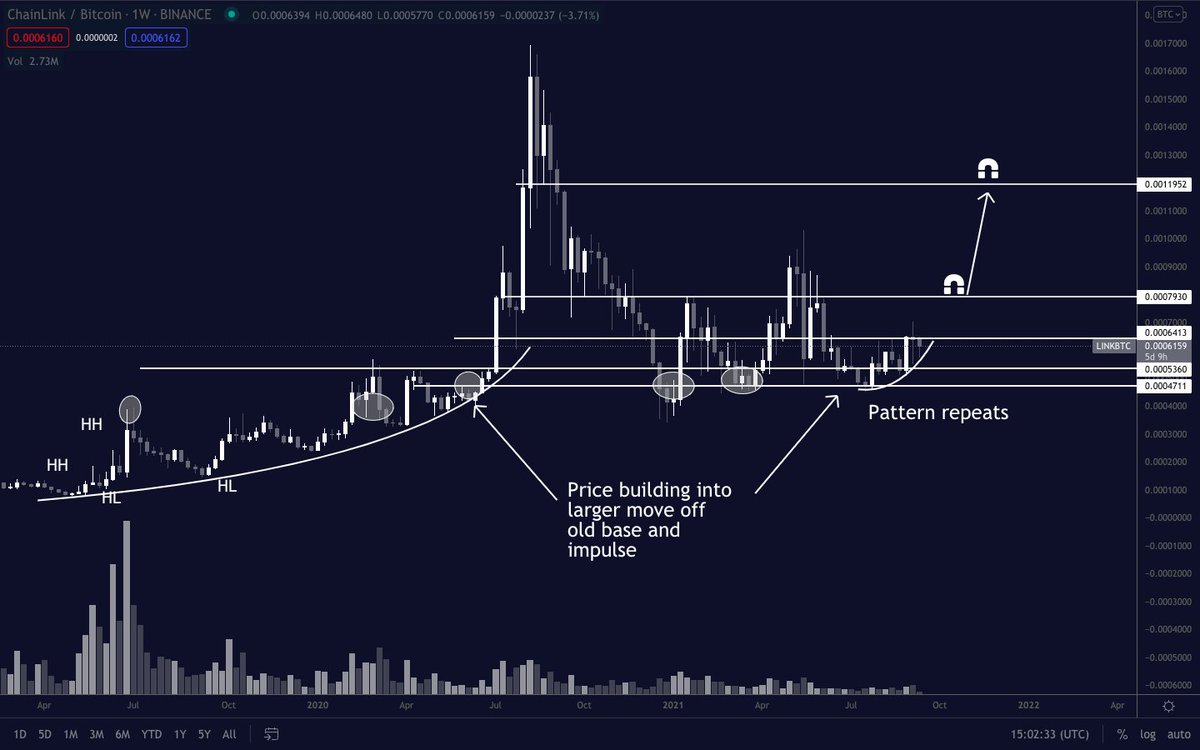 As for Bitcoin itself, Pentoshi highlights that BTC is printing higher volume and recently just had a golden cross on the daily moving average indicators, historically noting a positive shift in momentum for the crypto markets.

BTC now with the golden cross as a [moving average] trader 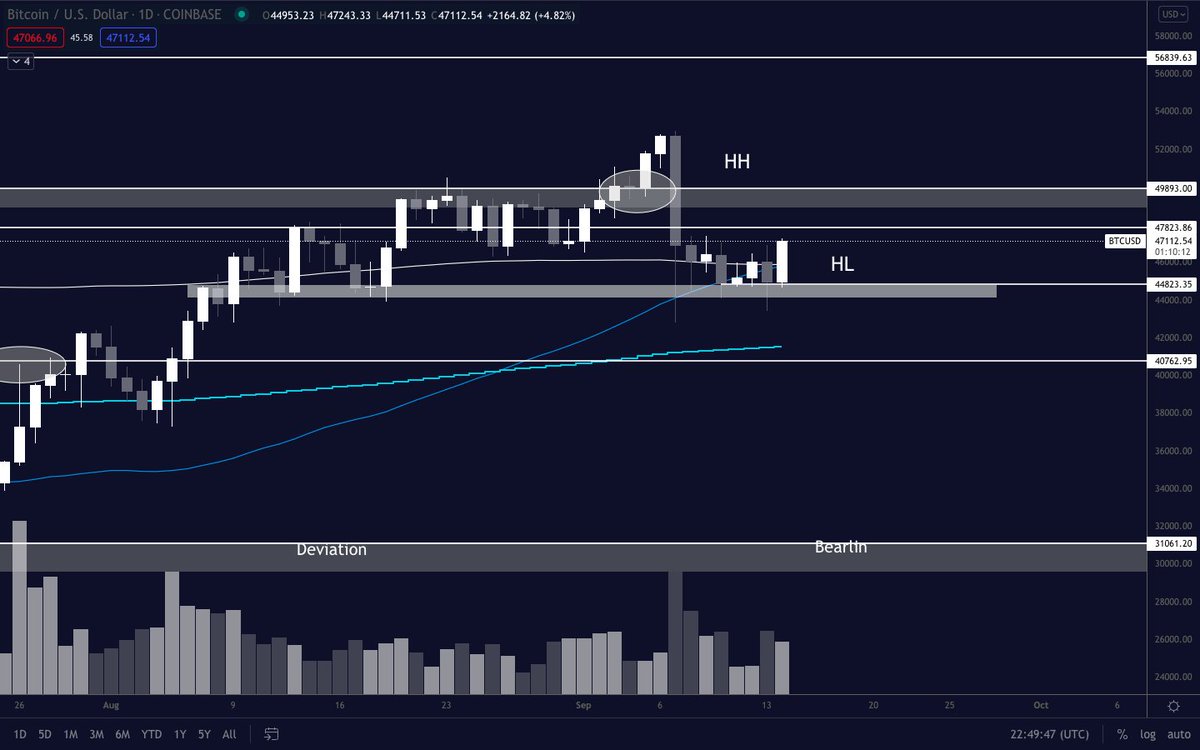 Bitcoin About To Have Greatest Price Movement Ever ($100k BTC)