Sushi Swap (SUSHI) experienced great hype in the earlier months of this year but has since fallen a bit under the radar. Its main competitor, Uniswap, has still been holding well throughout the market as platform visits have been increasing over the last month. Since BTC has broken out of its $40,000 resistance, many alt coins have been surging off their lows. SUSHI has been attempting to break free from a major resistance zone over the last 3 days but has fallen short. If BTC can gain its footing soon we should see SUSHI above $15 in no time.

Since the 20th of July, Sushi Swap has been in a healthy uptrend. Price has been supported within an ascending channel as each time price touches either trend, it gets rejected to the opposite trend. For SUSHI to experience a strong breakout, price must break & confirm its major resistance zone found from $13.39-$14.24.

If bulls manage to pull this off, we should expect price to rise to at least $15.59 & potentially $16.58. If price manages to break & hold the top trend of the channel, SUSHI will go parabolic. 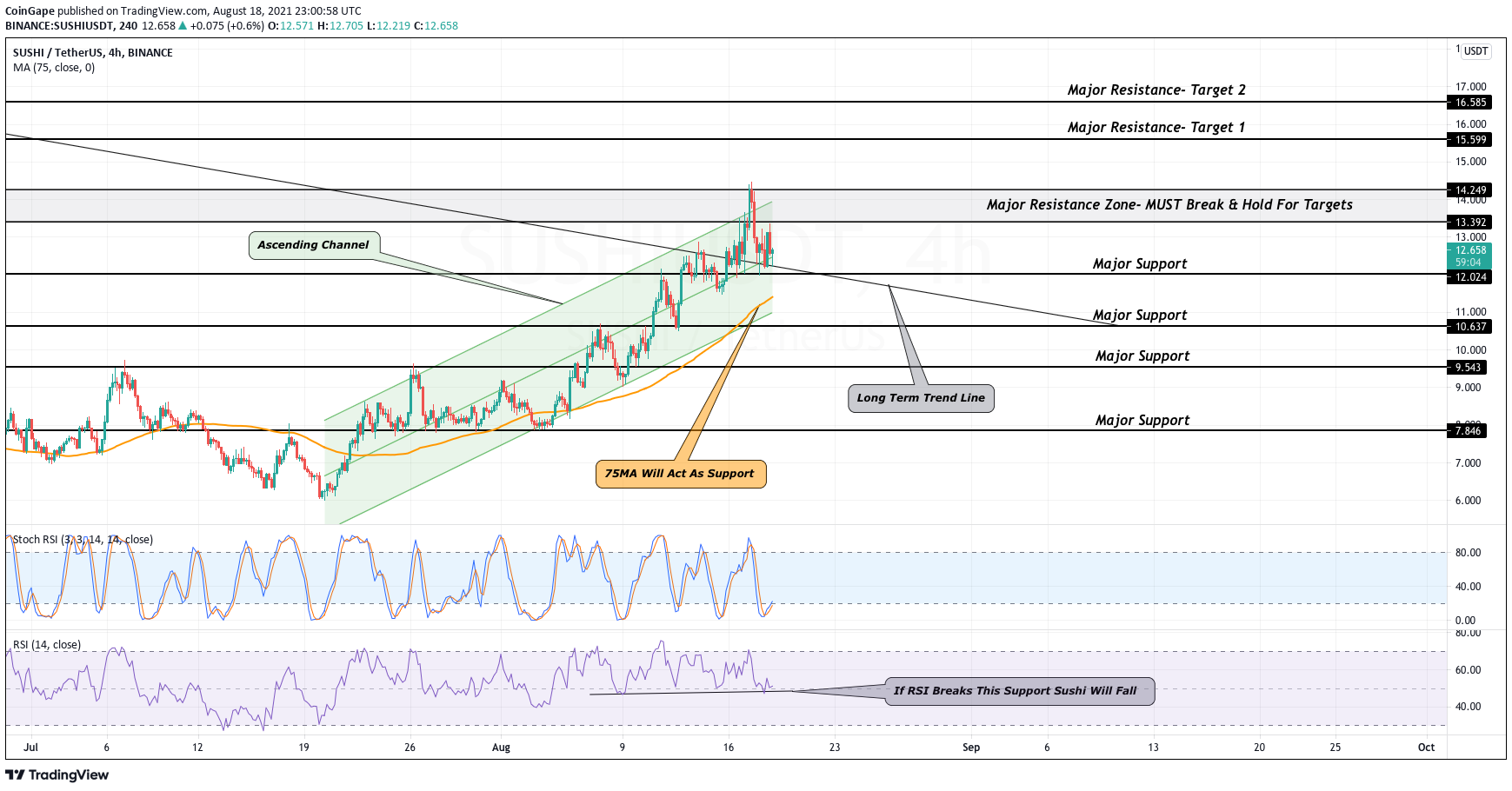 At the time of writing, SUSHI price is holding the median line of the channel. If at any point bears assert their dominance & Sushi breaks below this trend, we should expect price to fall to the bottom trend of the channel. Along with this median line lies a near 3 month trend line that has held price down from a bullish trend. Just 2 days ago, bulls managed to break this trend line and have since been able to hold. Breaking both of these trends will likely result in a minimum -5% downfall. In this case, Sushi Swap will likely find support at $10.63.

Liquid Exchange Hacked, Working With Other Exchanges on Recovering Funds