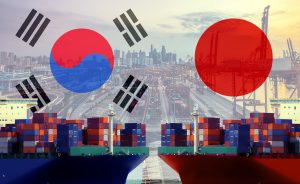 The moves by the South Korea Ministry of Strategy and Finance to tax incomes bordering on digital currencies as planned by January 1 may be an exercise in futility. Faulting the plans, one of the country’s lawmakers, Rep. Noh Woong-rae of the Democratic Party of Korea said the relevant authorities or stakeholders lack the right infrastructure to make this tax enforcement policy a success.

“In a situation where the relevant taxation infrastructure is not sufficiently prepared, the deferral of taxation on virtual assets is no longer an option but an inevitable situation,” he said.

Citing an example, Rep Noh noted that in cases such as transactions between overseas virtual asset exchanges or peer-to-peer ( P2P ) transactions, it is difficult to secure taxation data, which can create a tax blind spot. In order to cover up these blind spots, the lawmaker said other lawmakers will be persuaded that pending loopholes in the tax policy can be pursued as necessary.

“As the relevant laws for tax deferral and real tax cuts are currently pending in the standing committee, we will actively persuade fellow lawmakers so that they can be dealt with in the regular National Assembly,” he submitted.

While the original bill classifies incomes obtained from crypto transactions as other income, the lawmaker said he would also push for this language to be changed such that crypto incomes will now be taxed as income from financial investments.

The anonymous nature of digital currencies has made them a very difficult asset class to tax. Earlier in August, the United States Senate experienced a bit of turmoil when some clauses in the $1 billion Infrastructure Bill were left unclarified. One of the ways to sponsor the bill was via the taxation of key stakeholders in the ecosystem including miners and validators.

Since the gathering of transaction data and identity of those utilizing a blockchain is somewhat beyond the reach of miners, the entire crypto community rebelled against the bill back then. Obtaining the right data is crucial to getting the taxation exercise right. While the US has had its fair share of turmoil in relation to this subject, some of the South Korean exchanges who will not be able to meet up with appropriate documentation for user identification are set to close their shop ahead of the September 24 deadline.

Cardano to the moon and beyond has some caveats attached