Brad Garlinghouse, the Chief Executive Officer of Ripple Labs Inc, a blockchain payments firm, has yet again called to question the lack of clarity in the statement shared by Gary Gensler, the Chairman of the US Securities and Exchange Commission (SEC), in his hearing with the Senate banking committee. 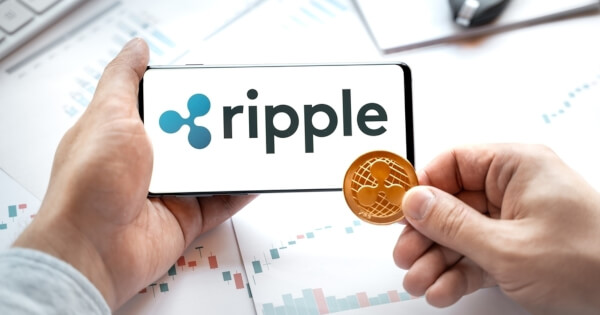 With the age-long clamour by stakeholders in the cryptocurrency ecosystem to provide clear regulations to govern the nascent industry, startups and watchdogs have often crossed paths on this issue. According to an earlier report by Blockchain.News, citing Gensler’s prepared statement for the hearing, the SEC boss noted that he wants crypto companies to come in and talk to the commission on their programs.

Drawing on the proceedings at the hearing, Garlinghouse observed the incongruent comment from the Gensler. The SEC boss noted that the securities laws in the United States are clear enough. However, he contradicted himself by saying that Congress needs to rewrite the laws more clearly. The contradiction has been pointed out by Garlinghouse, who shared the comment in response to a Bloomberg report in which Senator Pat Toomey rebuked the market regulator for going tough on cryptocurrencies.

Ripple is arguably one of the most distraught outfits for the fallout of the impacts of the lack of regulatory clarity in the market laws governing the crypto ecosystem. Accused of selling XRP tokens as unregistered securities, Ripple and the SEC have been battling a legal tussle. The blockchain firm maintained the stance that the laws governing what assets are securities and which are commodities are unclear. A distinction it has pushed the SEC to give in years past.

For the layman, Bitcoin (BTC) and Ethereum (ETH) are considered non-securities in the US while XRP is. Beyond the Ripple case, more crypto market stakeholders want the SEC to close the confusing gaps in its oversight to foster the growth of financial innovation across the board.

8M Ethereum Out of Circulation Points to a Supply Shock

Bitcoin has these factors to thank for its growing institutional appeal