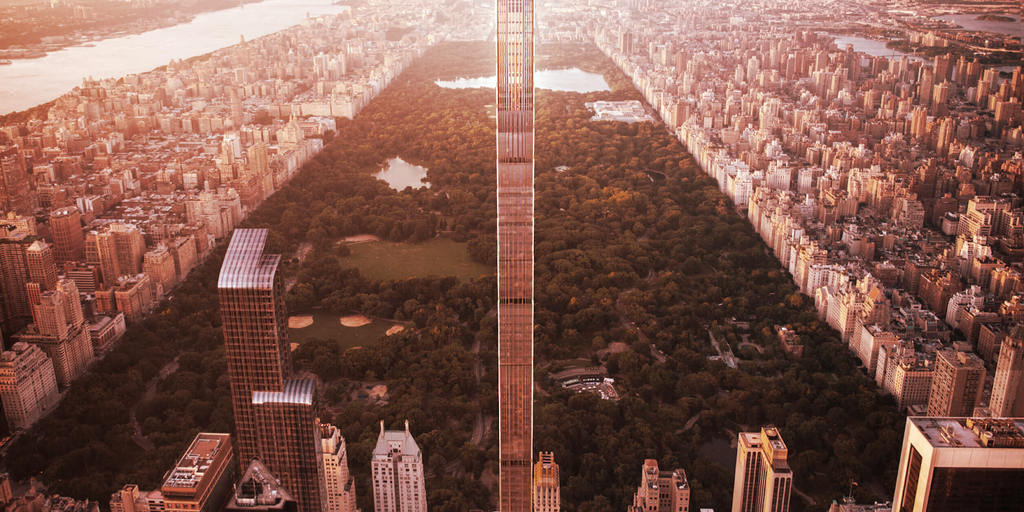 Todd Morley, the co-founder of financial services giant Guggenheim Partners, is building a “blockchain tower” in New York. The tower will incorporate a wireless network designed to “improve blockchain-based communication and trading in the city,” he told Bloomberg TV.

It is unclear whether Morley will be erecting a wholly new building or simply repurposing an existing structure. According to The Architect’s Newspaper, the renderings he has used to display the project have been “shown elsewhere,” and the “involvement of JDS Development all indicate that it is the same nearly complete tower alluded to previously.”

The idea is that with the help of Overline, which utilizes a proprietary consensus mechanism called Proof-of-Distance, anyone within a certain radius of the skyscraper will have access to the network. In the future, the network could be scaled to more buildings in the city.

“Overline Network has developed a new way to decentralize wireless communication that can be used at a speed that would allow even crypto mining,” he said.

The tower will also incorporate the “world’s largest NFT museum,” dedicated to digital art tokens. Morley said that it would be “kind of the utility function inside a building rather than just owning bricks and mortar.”

Non-fungible tokens, or NFTs, are cryptographically unique tokens linked to digital content such as images or music, providing proof of ownership and lending scarcity to digital media. They’ve exploded in popularity in recent months, with sales volumes surging and NFT artworks breaking records at auctions.

Morley revealed that he personally invested in Bitcoin; however, he told Bloomberg TV that Ethereum, the second-largest cryptocurrency by market cap, “has a much higher utility through smart contracts,”