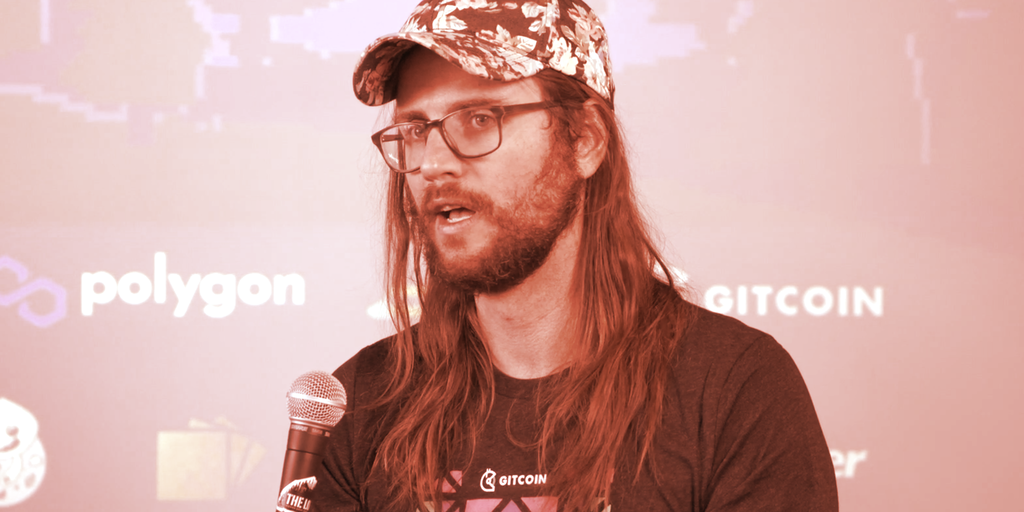 Gitcoin founder Kevin Owocki wasn’t even supposed to be onstage at MetaCartel’s MCON 2021 conference today. However, when a scheduled panelist didn’t show up, Owocki filled the void with quotable insights about Ethereum-based coordination and what he sees as the power and promise of decentralized autonomous organizations (DAOs).

“First question, hardball: is it all coordination?” Owocki asked his counterpart, metaverse engineer MetaDreamer. “It’s all coordination and it always has been,” MetaDreamer replied, to a smattering of applause from the in-person crowd in Denver (it also streamed on Twitch).

Owocki and MetaDreamer went on to discuss the power of community coordination, including the potential for immutable blockchain networks to fight global threats like misinformation. The discussion happened amidst the backdrop of MCON, an event held by a DAO (MetaCartel) that is broadly about DAOs and features an array of speakers that participate in various DAOs.

What’s a DAO? It’s a decentralized organization powered by blockchain-driven smart contracts—or bits of code that perform set instructions—and DAOs can bring together people from all around the world with a shared vision or goal. They often rely on token-based governance votes, and may require ownership of certain tokens to participate.

DAOs aren’t a new thing (think back to The DAO from 2016), but their use and potential applications are growing rapidly of late. There are investment DAOs, NFT DAOs, and DAOs that govern decentralized finance (DeFi) protocols. Even Decrypt is launching a DAO as we explore their potential to reshape media in an increasingly decentralized world.

DAO advocates see the organizations as inclusive, community-building platforms, but they are also naturally exclusionary in some ways. Users have to be pretty tech-savvy and understand cryptocurrency to participate in DAOs, plus they typically have to own tokens—and potentially a significant amount to have a meaningful say. The DAO landscape is rapidly evolving, however, as new tools emerge and varying governance structures take hold.

For Owocki, whose Gitcoin project awards grants and funding for Ethereum ecosystem projects, he sees this kind of community coordination as an effort that can ultimately impact the world.

“We have a transparent, immutable, programmable, coordination mechanism that is worldwide in jurisdiction,” he explained. “If we have these global coordination failures around misinformation, climate change, or privacy violations—really, there’s a lot of coordination failures that the infrastructure that we inherited from the previous generation is no longer able to handle.”

Owocki cited Ethereum as a platform for solving such coordination failures, and Gitcoin has a particular focus around funding public goods—as seen with a recent Moonshot Bots NFT initiative that has now raised more than $2.3 million worth of ETH for such grants. He believes that an increasing focus within the Ethereum community towards public-benefit development—rather than DeFi and NFT initiatives—will be a net positive for everyone.

“You hear Gitcoin talk a lot about funding public goods, which is one of the big coordination failures out there in leveraging Ethereum,” he said. “DeFi is great and financing art is great, but what I really would love to see is us moving past a decentralized casino and into really having a positive impact for the world. And I think that that is possibly Ethereum’s legacy.”

MetaDreamer and Owocki further discussed the changing landscape around Web3 technology, including what Owocki sees as a need to better reward the creation and maintenance of open-source tools. Both speakers suggested that blockchain-based community coordination efforts will ultimately disrupt existing business and communication structures. In MetaDreamer’s view, however, it will be a gradual transition rather than a sudden one.

“For us to use the tools that we’re creating to help ourselves first, before we convert the whole world to use it—I think that’s really how it’s going to happen,” he said. “Eventually, this is going to out-compete the legacy way of doing things, and people will just migrate over. It’s not going to be this crazy [thing, like] we’re going to tear down the system.”

Even so, Owocki said that the emergence of being able to transfer digital value and convey digital scarcity will be a hugely disruptive transformation. It could be a very positive thing, in his view, reinventing concepts like jobs and banking with internet-native coordination tools. But it could also turn negative if people don’t choose to work together and focus on collective benefit.

“I think there’s a lot of opportunity,” he added, “but also a lot of threat as the whole world’s financial ecosystem could be rebuilt by blockchain technology.”