DOGE price has been in a strong down trend ever since Elon Musks’ Saturday Night Live appearance. As of now,  $0.74 marked the top of DOGE as it has fallen nearly -70% since. From the low set in March of 2020, DOGE rose nearly 65,000% at its peak. This was one of the largest gaining cryptocurrencies in the top 500. With this data, it is not unexpected that DOGE price cut its value by 70% as large pumps are always followed by large dumps.

Dogecoin has been respecting a descending channel for nearly 2 months. Bulls have failed to break above the top trend line of the channel multiple times which have resulted in a drop below the median line (orange dotted line). Right now DOGE price has yet again failed to break above the top trend which has traders wondering if another drop is to come. A break below the major support of $0.24 will likely result in another downfall and will confirm a short term bearish move. 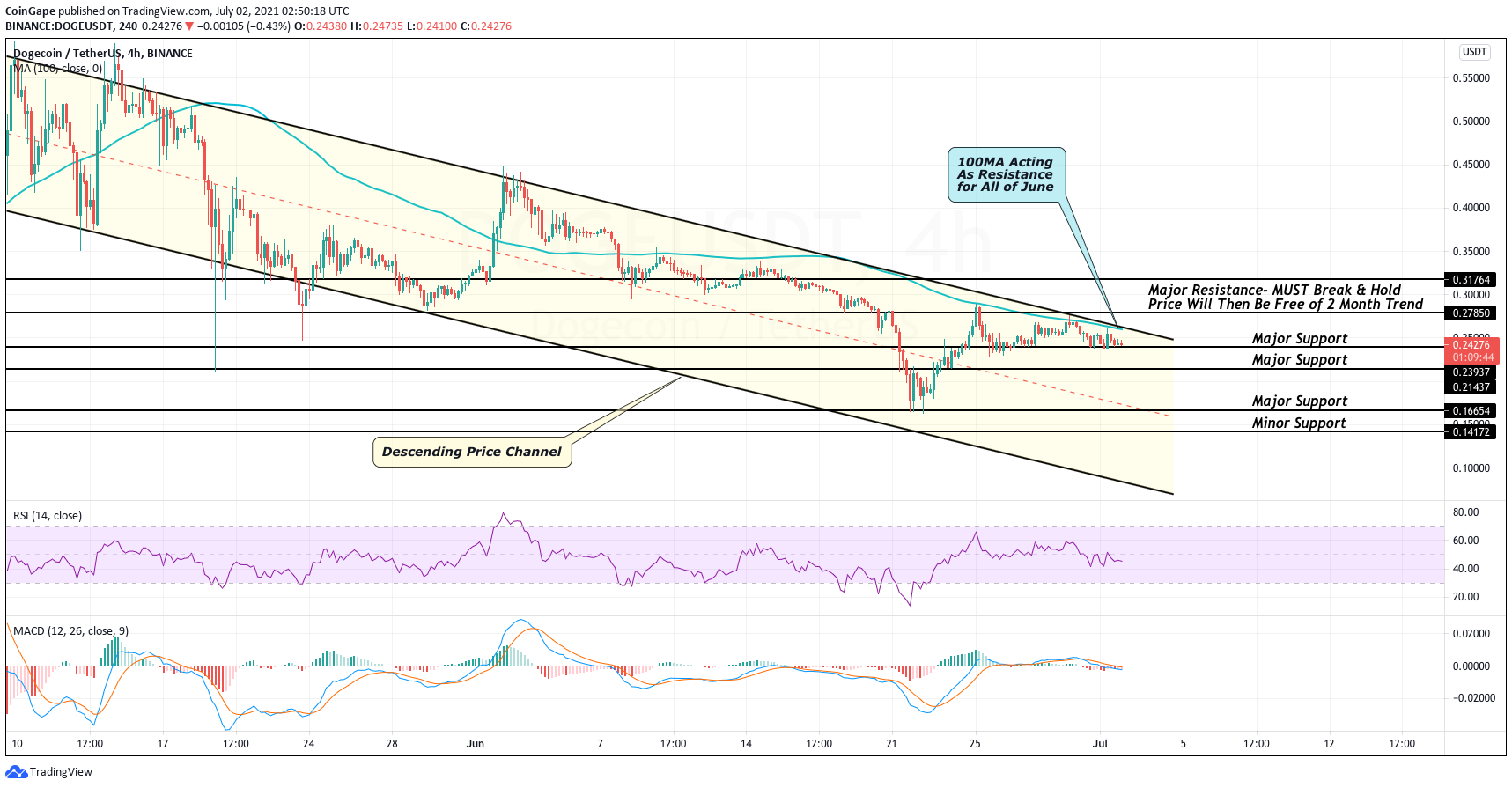 The 100MA has also acted as resistance for the entire month of June. At the time of writing, this moving average is perfectly in line with the top trend of the descending channel. This confirms the viewpoint that DOGE must break the $0.26-$0.28 zone to begin a strong revival to May levels. Support comes in at $0.214 & $0.166 if the bulls fail to hold the $0.24 support.

While looking at the Relative Strength Index, we can see there is much indecision as the strength has been consolidating around the 50 range. A break above 60 is needed to see a strong revival. The MACD also confirms the view that consolidation is taking place and a larger move is on the horizon as the MA’s have been flat lining around the 0 value.

Binance Comes under Scrutiny in Singapore, Cayman Islands Too