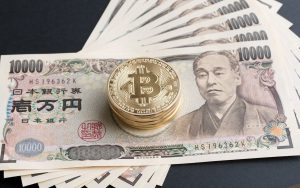 Derivative exchanges registered a massive outflow of $1.69 billion in stablecoin in a rare occurrence. A net outflow of such high magnitude is often seen as a bearish signal as analysts believe traders relocate their stablecoins in anticipation of a possible market correction.

Traders often go for high leverage trade during bull runs and data revealed by Binance earlier showed a majority of traders on the platform used the highest leverage option during the peak of the bull run. The current market is in recovery mode after a majority of cryptocurrencies registered a 50% price crash in the first week of May.

Bitcoin price is currently trading over $36,000 trying to break past the key resistance of $40,000. The top cryptocurrency has been struggling to maintain its position above $40K, and a fall below $30K could trigger more bearish price action.

Are Whales Turning to OTC Desks?

China FUD has played a major role in the recent sell-off after news about the strict crackdown by Chinese authorities surfaced in mainstream media. While China banned crypto trading in 2014 and closed all exchanges in the country in 2017, the FUD seems to arise every bull cycle leading to new investors panic selling their holdings.

The significant outflow of stablecoins from derivative platforms seems to have a China angle as well, where many believe that Chinese whales are moving to OTC desks to bypass the current government crackdowns that led to a significant outflow from derivative platforms. The recent regulatory guidelines have warned against the use of derivatives trading as well, because of which a number of popular derivative platfrom has recently stopped their service offerings to Chinese customers. The likes of Bybit and Binance have already put measures to restrict their services to Chinese traders.

This Red-Hot Crypto Could See Massive Upside Action, According to Coin Bureau