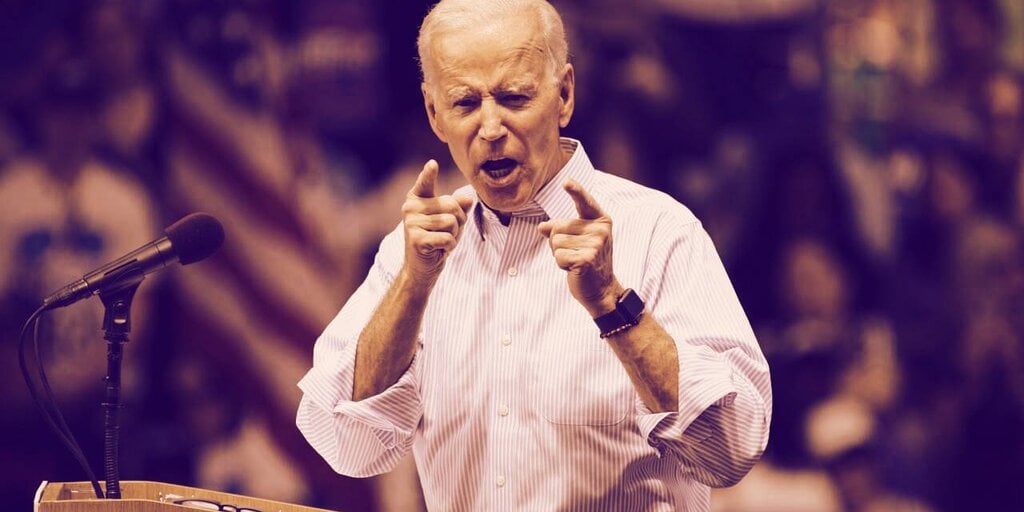 Biden’s proposal is to spend $6 trillion next year in the biggest federal spending since World War 2, according to a Thursday New York Times report. And Biden will push Congress to up the federal spending to $8.2 trillion by 2031.

The price of Bitcoin jumped roughly 7% following the news, trading above $40,000, but has since retraced its steps. It’s now trading just below that mark, up approximately 2% in the past 24 hours.

Biden’s $6 trillion budget, according to the NYT, which obtained documents with the information, will be spent on infrastructure, education, and a particular focus on healthcare. Taxation and spending will also rise to levels not seen in the postwar era, too.

“The proposal shows the sweep of Mr. Biden’s ambitions to wield government power to help more Americans attain the comforts of a middle-class life and to lift US industry to better compete globally in an economy the administration believes will be dominated by a race to reduce energy emissions and combat climate change,” the report said.

Documents obtained by the NYT are quoted by the newspaper saying: “Health care is a right, not a privilege.” They add: “Families need the financial security and peace of mind that comes with quality, affordable health coverage.”

Republicans were quoted to be critical of the spending plan, news outlets reported, with Republican Senator Shelley Moore Capito, saying, “It just seems like the trillions keep on coming.”

Bitcoin—and stocks—tend to do well on news that the US government will up their spending. This is because big government spending, according to some analysts, leads to inflation so investors are likely to look to other places, such as scarce assets, to plug their cash.

Large amounts of Americans receiving stimulus checks, which are part of Biden’s big COVID-19 relief package, have previously said they are keen to spend it on Bitcoin, according to surveys.