The price of bitcoin has dropped by $10,000 in a matter of hours, on the day that El Salvador officially accepted it as legal tender.


The price of bitcoin dropped to $43,000 on Coinbase. Source: TradingView.

Since then the price of bitcoin has rebounded somewhat, back up to $46,000.

As a result of the crash, more than $2.65 billion has been liquidated in the last hour, according to data from The Block Research. 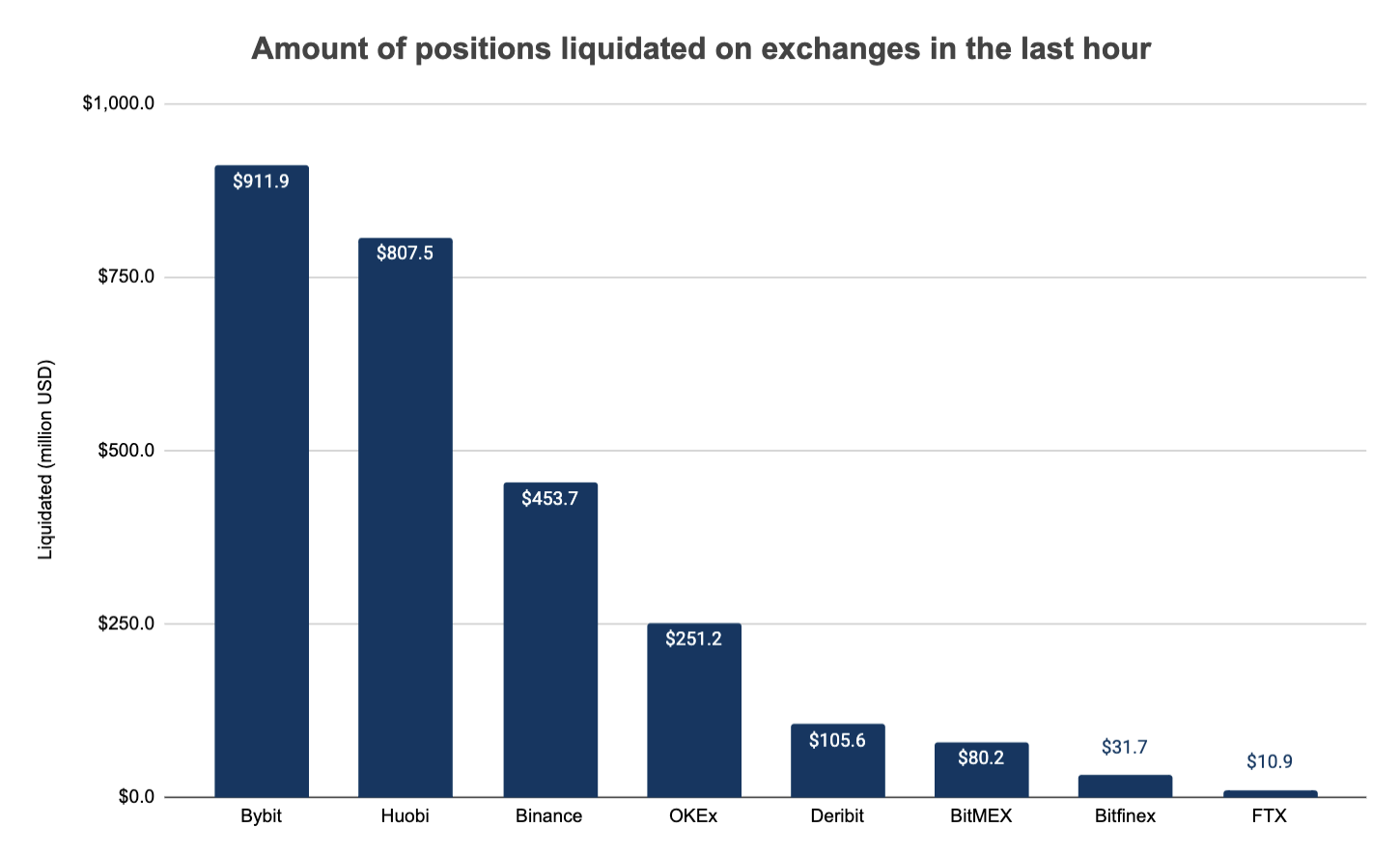 A breakdown of liquidations in the last hour on multiple exchanges. Source: The Block Research.

During the price drop, El Salvador’s president Nayib Bukele tweeted that he is “Buying the dip,” and has bought a further 150 BTC ($6.9 million)— on top of the 400 BTC ($18.4 million) previously purchased.

Over the last few weeks, bitcoin funding rates had started creeping back up, from lows of -0.20% to a high of 0.12%, according to Bybt. Similarly, ether and other altcoins saw funding rates rise even higher — with ether’s approaching figures seen during its peak in May. This indicates that traders were going leverage long, exposing themselves to the risk of a downwards drop.

Ahead of the crash, the market saw a surge in options put buying, indicating bearish sentiment in derivatives. The sell-off was led by ether and other long-tail cryptocurrencies, triggering cascading liquidations.

Over the past hour, there’s been a rise in funding rates, indicating a stabilization of the market, according to crypto financial services firm FalconX. “Perp funding rates have collapsed from just over 5bps at peak to ~1bp currently,” said head of institutional sales Aya Kantorovich. “Market seems to be finding its footing.”

© 2021 The Block Crypto, Inc. All Rights Reserved. This article is provided for informational purposes only. It is not offered or intended to be used as legal, tax, investment, financial, or other advice.

Over 2,300 Cardano Smart Contracts Are Waiting in Timelock, ADA Price Slides 20% Over 2 Weeks

How to Buy Solana NFTs With Phantom Wallet