Cardano has fixed its spot in the top 10 cryptocurrencies for some time now. The ETH-like nature of ADA has many investors wondering if it may be a better option than ETH once all the network is live and running with features that are more scalable and cost effective than its competitor Ethereum. As of now, ADA is holding strong above its previous ATH set in 2018.

ADA price has formed an ascending triangle (green) the last 10 days. This pattern is generally bullish once price breaks above the top horizontal line. This resistance area is right around $1.40. Once ADA price manages to break and hold this mark, we can expect a push to high $1.40s. 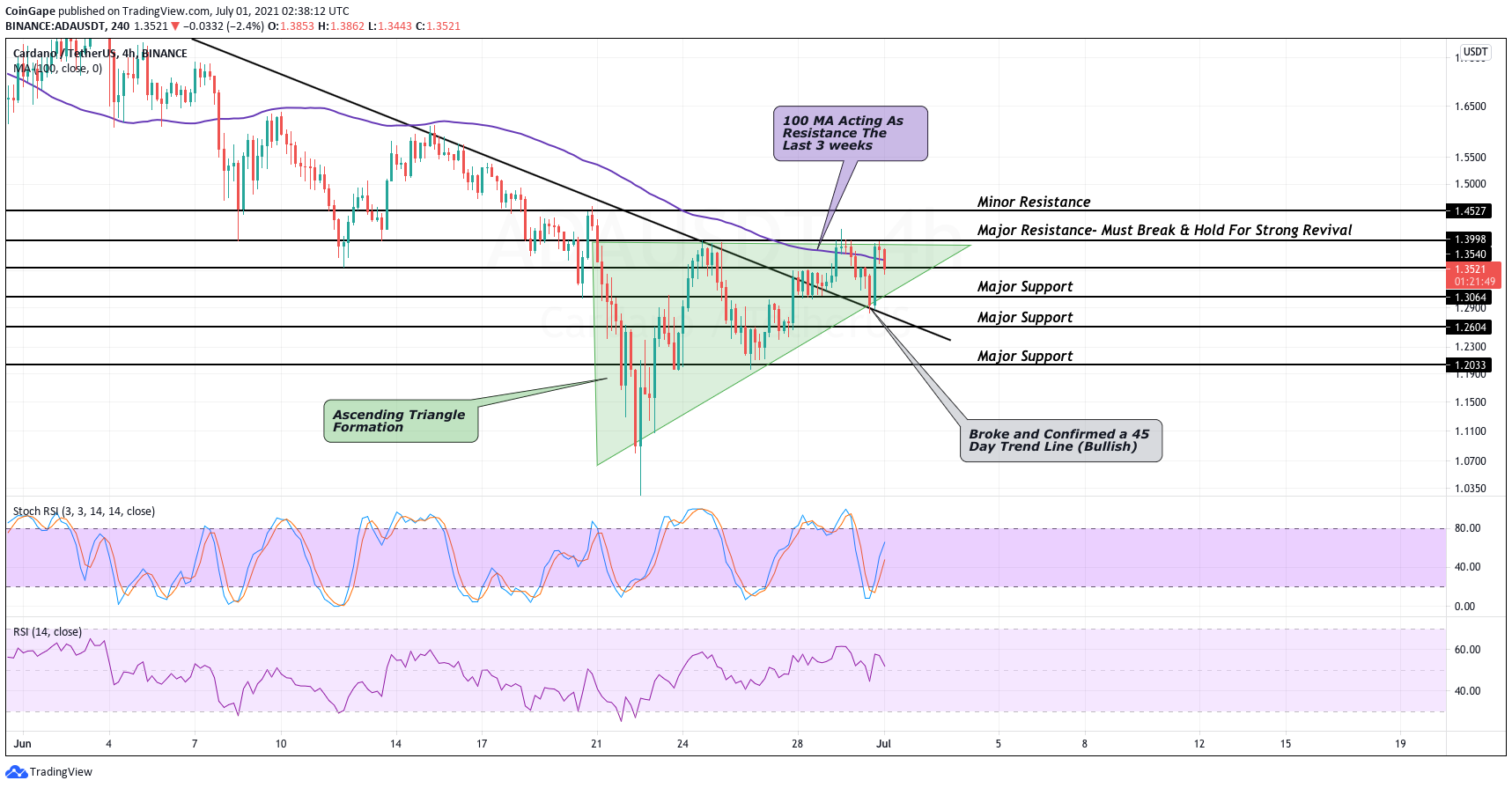 In a bullish view, Cardano has recently broke & confirmed a trend line that has been holding the price down for nearly 45 days. Bulls have yet to clear the 100MA which has been acting as resistance for the past 3 weeks. Once price can clear and hold this MA, along with the $1.40 resistance, ADA will be free for further revival. In the case that bears take control, support can be found at $1.30 & $1.26.

While viewing the Stochastic RSI, we can conclude there is much hesitation to both sides as price nears the end of its ascending triangle. A break above the 80 value will surely send ADA past the $1.40 mark. The regular RSI shows a similar story as it’s been ranging above and below the 50 mark. A break below the 50 value will likely end in a retracement to lower supports under $1.30.

How much intrigue is behind Kusama’s parachain auctions?